A few nights ago Keely exited to the boat to venture up to the ladies room. She left quickly, shutting the door behind her to keep the mosquitoes and no-see-ums at bay. Rover began barking in alarm. He was not pleased. I tried to reason with him. “Keely will be back soon to take you for your evening stroll,” I said soothingly. He wasn’t buying it.

I opened the door and stepped through the companionway and glanced around the cockpit. Under the cockpit table, staring up at me was a possum. It looked something like this:

Its beady little eyes peered straight into my soul as we both froze, unsure what to do next. Rover made his move. He flew past me as I lunged for the safety of the door. Under the table he went, his terrier instincts driving him to flush the animal out of hiding. The possum bolted onto the deck, off the boat, across the dock and into the water with Rover on his tail.

Rover spent a good twenty minutes covering every inch of the deck, looking under every cushion, sniffing around the bikes, patrolling the fore-deck and the surrounding dock to make sure Mr. Beady Eyes didn’t return or leave behind any friends.

He was a good dog. Yesterday he celebrated. 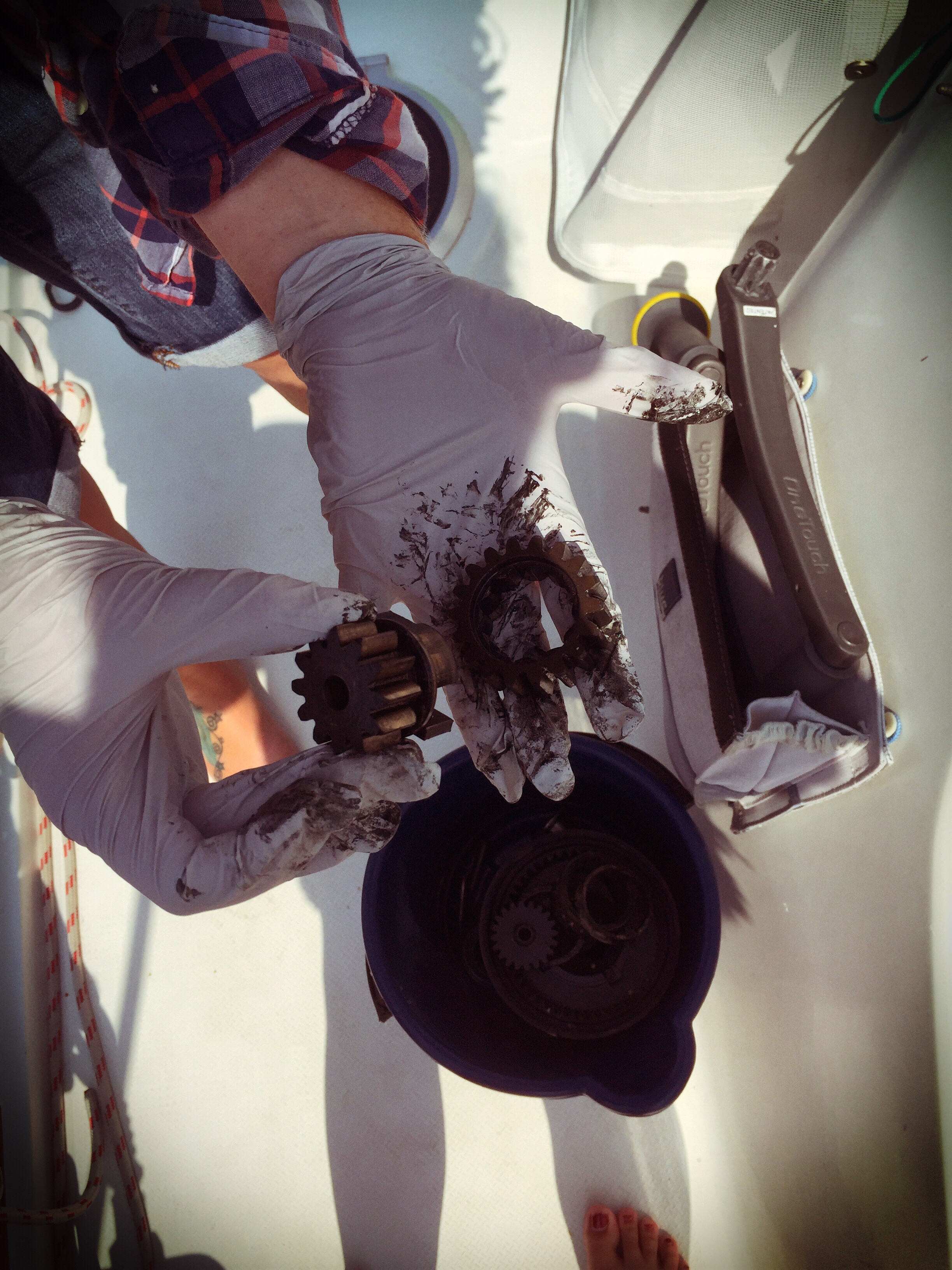 Today was winch maintenance day. India took pictures as I dismantled the winch. The next step was cleaning all the separate gears, springs and pawls followed by a fresh coat of grease and pawl oil.

Ryan brought to my attention he was the only one posting anything new on the blog. I admit I taken to brief updates on Facebook and Instagram and have been largely ignoring this blog. There are several posts which I have started but get overwhelmed quickly when looking at all the events that have transpired and places we have been between now and my last post.

Wednesday morning we made it to Puerto Madero and tied to the dock in Marina Chiapas. This is the last port in Mexico. We arrived at 1:30AM after an uneventful Tehuantepec crossing. In Mexico this is the most formal port we have entered. We had to hail the Port Captain to enter the port and were met at the marina for help to our slip. The marina called the Navy who showed up at 7:30AM to inspect the boat. For the first time, we were boarded. The check in went quickly. They asked for all of the usual paperwork and sent a drug dog around for a quick sniff.

Next week Ryan has to go north again. When he gets back we are planning on doing a brief land trip to Guatemala. There are many boats ahead of us in the Panama Posse and a few behind us. We are hoping some friends will catch up to us soon.