Everyone look closely. According to the CBP folks that ‘shadowed us through the marina.’ in their adorable police boat. We somehow entered Mexico and then came back into the United States. 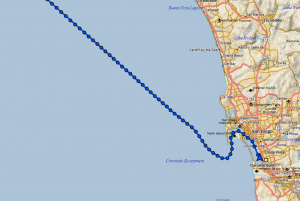 Yeah, we don’t need a wall, we need these guys to have more situational awareness.

Overall they were pretty polite guys, just a little clueless. When I asked for a car they were a little shocked. I told them I liked to keep track of all of my law enforcement contacts.

We made it to San Diego. 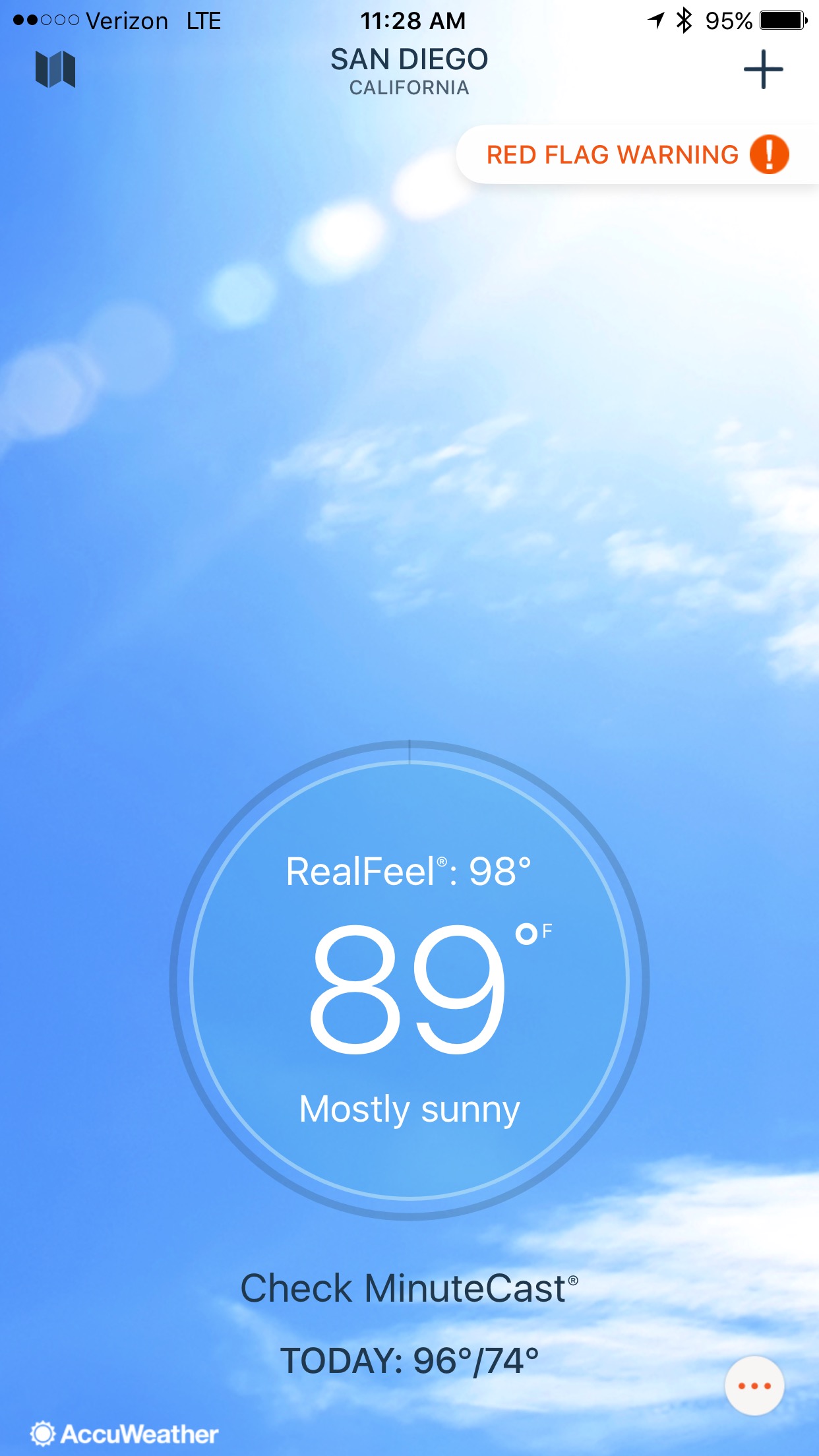 We are currently on a mooring ball in Morro Bay. We will most likely be here until Saturday morning. Originally, we were going to leave today, but there is a bit of a storm coming in. Please see the below image:

This is the conservative forecast. By Saturday morning it should blow through giving us a nice weather window for the remaining 290 or so miles to San Diego. If we average 6knts/hour we will be on the water for a little less than 48 hours. Ideally, we will be in San Diego Monday morning.

Morro Bay is really pretty. As far as places go to be stuck for a week, this one is good. There are a lot of little shops, places to hike and just about everything you might need is within biking distance. As a bonus, the sunsets have a definite Goonies feel. 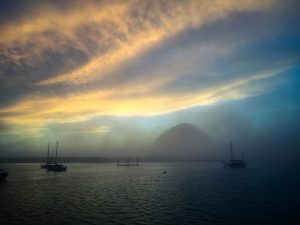 Me: I think Rover needs to go to shore.

Me: He is in the dinghy.

We are travelling from Santa Cruz, CA to Morro Bay, CA about 5-10 miles off-shore. We had a small stop off the Capitola Beach so we could get Pizza My Heart like I used to when I was a kid.

I am on watch from 3:30 until Caroline gets up sometime next week. The dog, using all of its ‘feel sorry for me’ skills, is in the bed with her rather than in his bed under ours.

I have a small boat about 5nm south of me that keeps appearing and disappearing from AIS. I have not yet seen him on radar.

I went outside to adjust our chart plotter and noted the fog was light with pretty good visibility. There is a full moon making the 1-2 foot swells shine. The odd thing was the random whitecaps that kept appearing half-way down the waves. I kept looking at them and then I dawned on me that the whitecaps were breathing! Dolphins! At least 2 dozen were racing, jumping and diving around the Waponi Woo.

You have not lived until you have seen and heard a show like that.

It was too dark to shoot a picture or video so here is a picture of the sunrise off one of the bows:

1 second after this picture a giant sea lion tried to photo bomb by leaping into the air in the shot.

We made it to Half Moon Bay where we are anchored next to one of the other “kid boats” going on the Baja Ha-Ha.

We are heading toward Downtown SAN Francisco for fuel and then Half Moon Bay for a night. We have tracking turned on.

It was hard not to scream RAMMING SPEED while getting a picture of Jeff’s boat next to ours.

Here are a few pics from our entry into and stay in San Francisco. 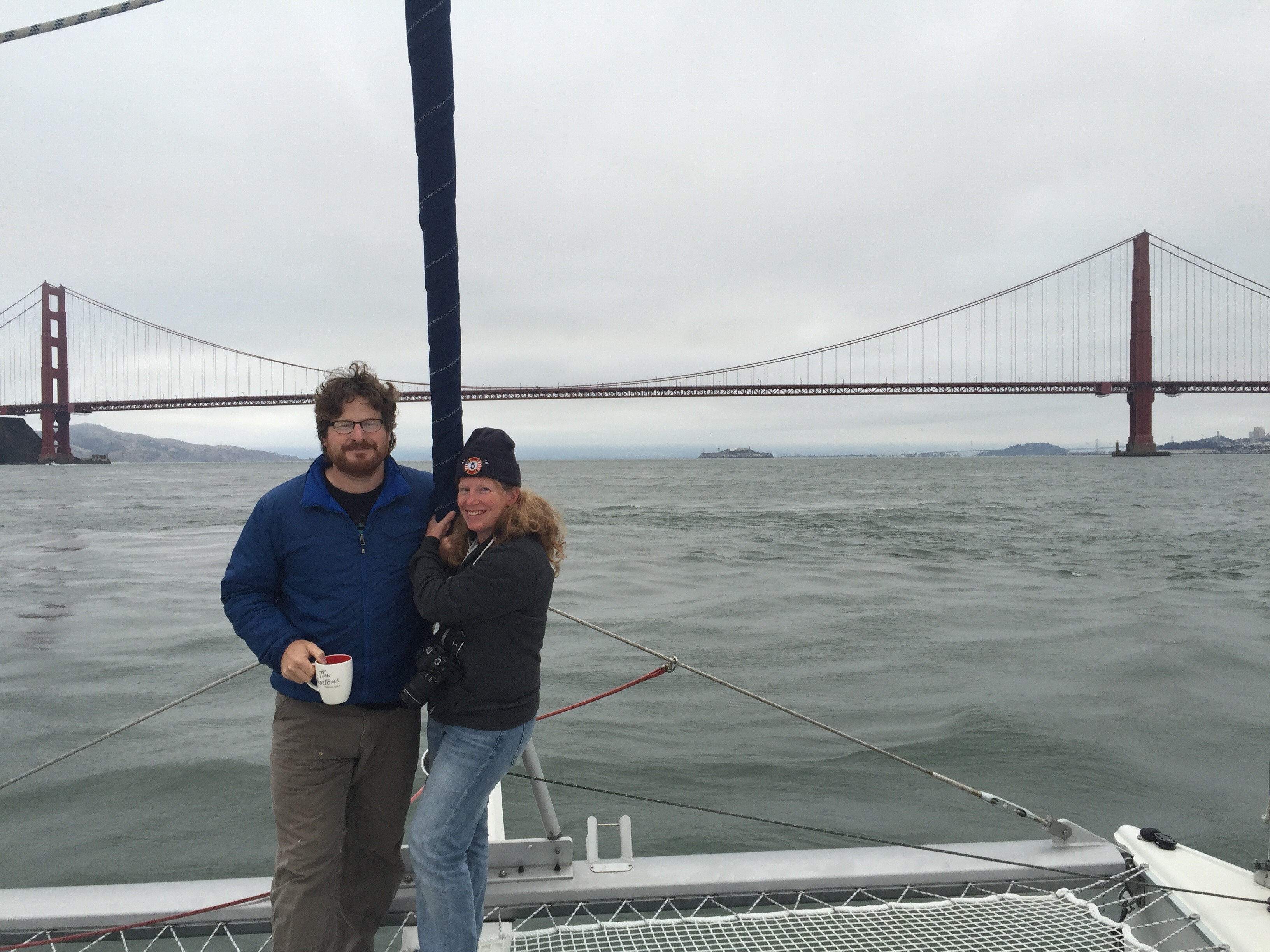 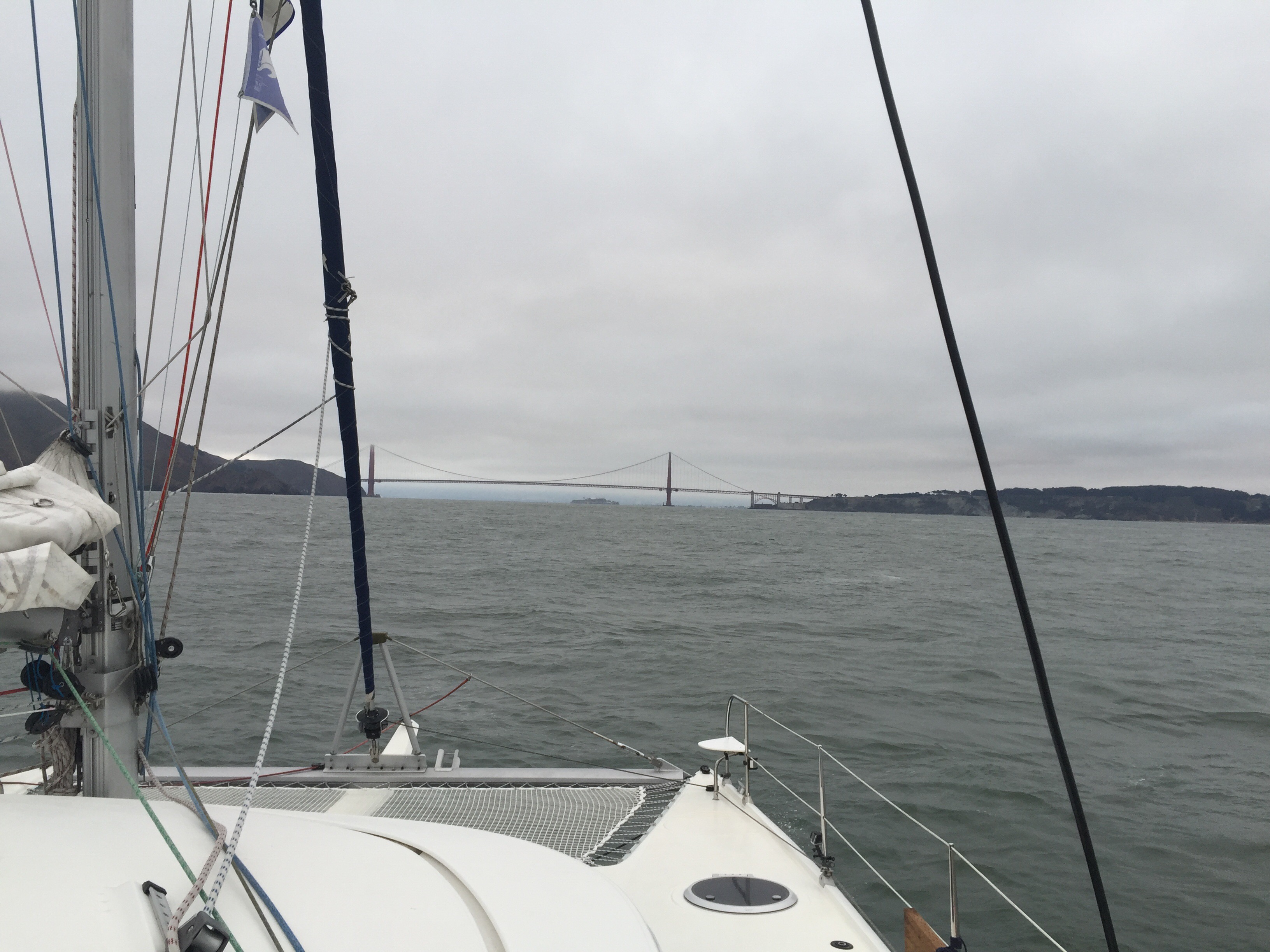 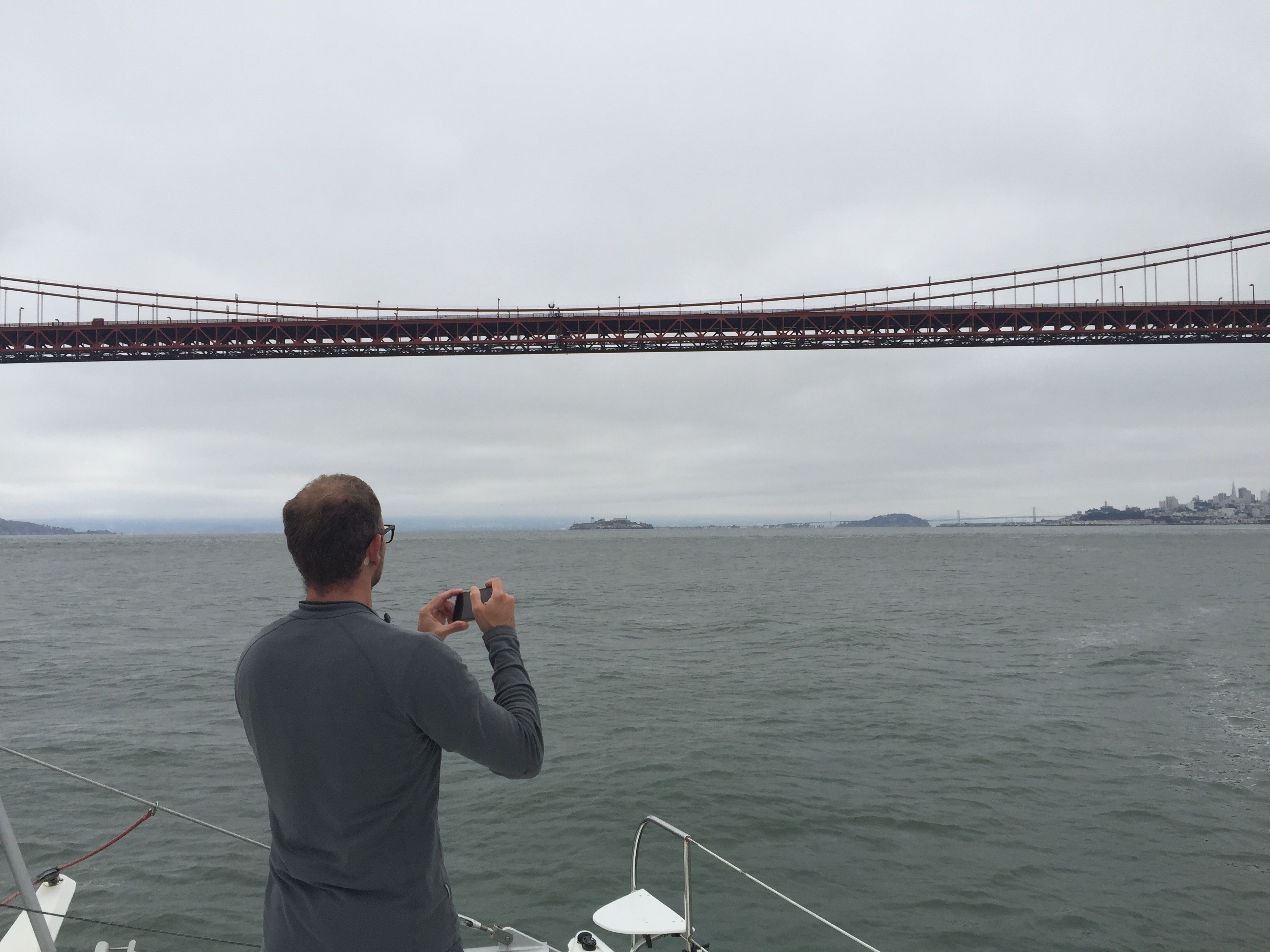 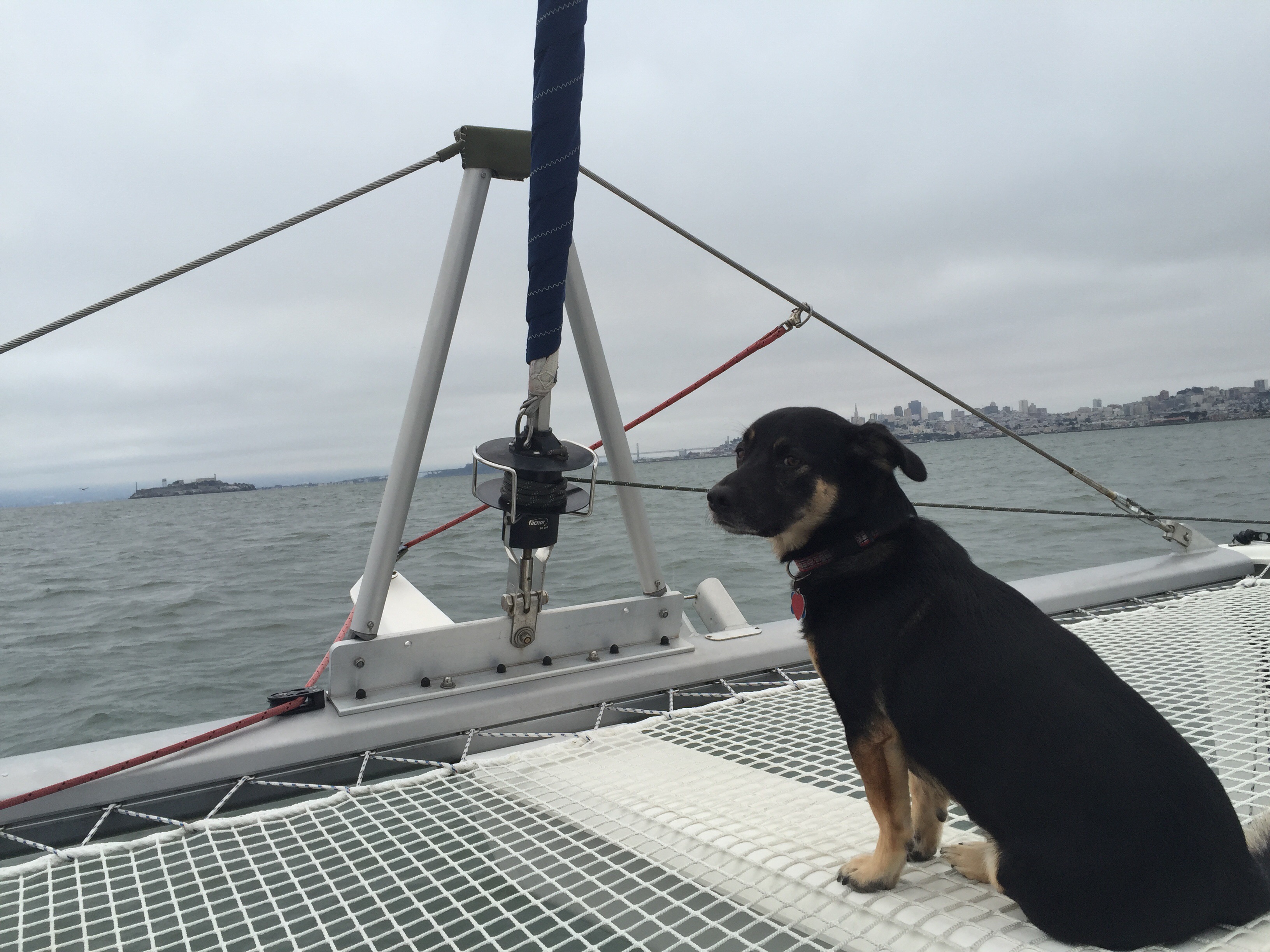 We were told we had an under-sized shackle for our mail halyard at the top of the mast. (The connector between the rope that holds the sail up and the mast)

We also had to replace a shackle that fell off during our trip south. 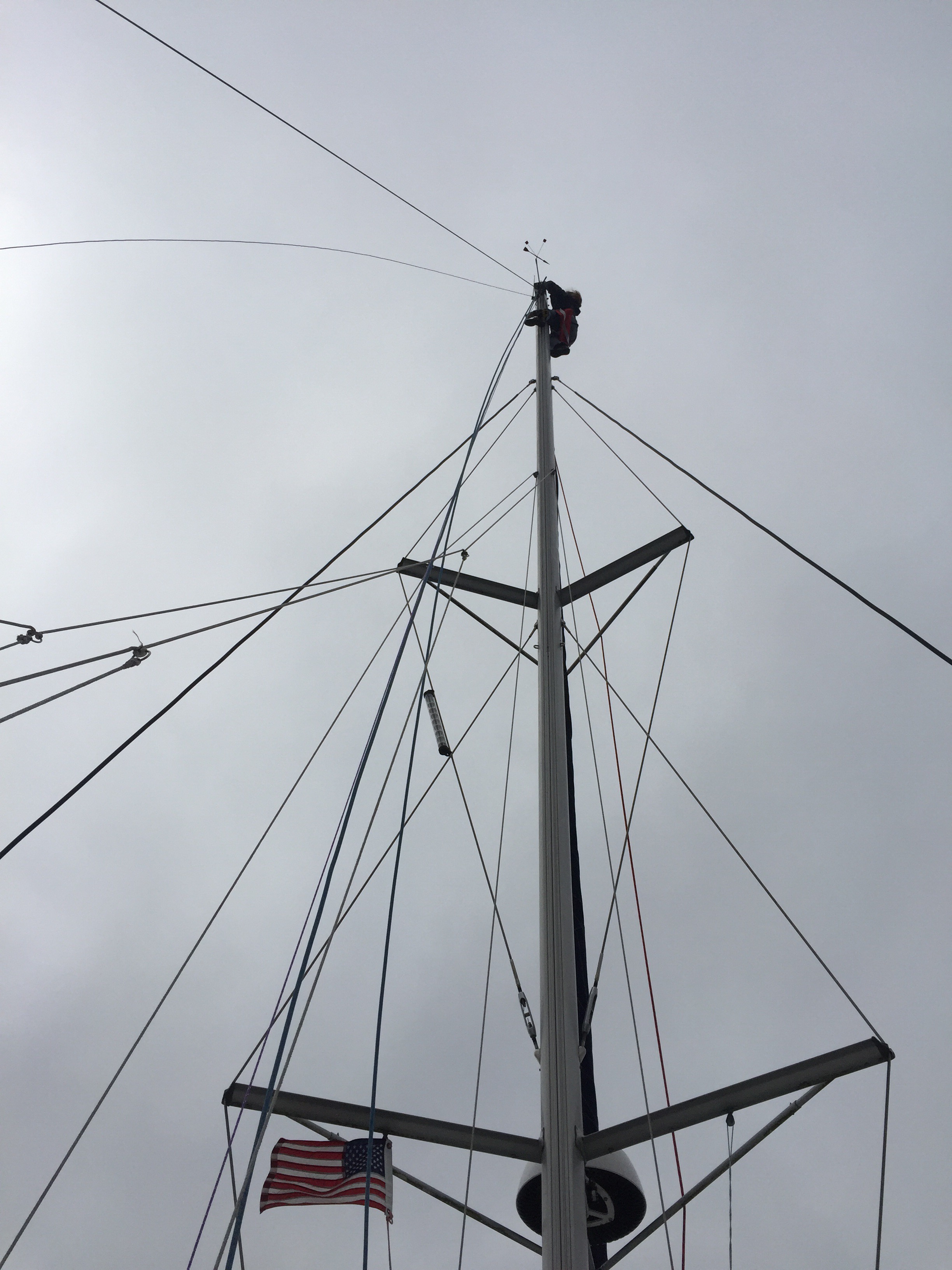 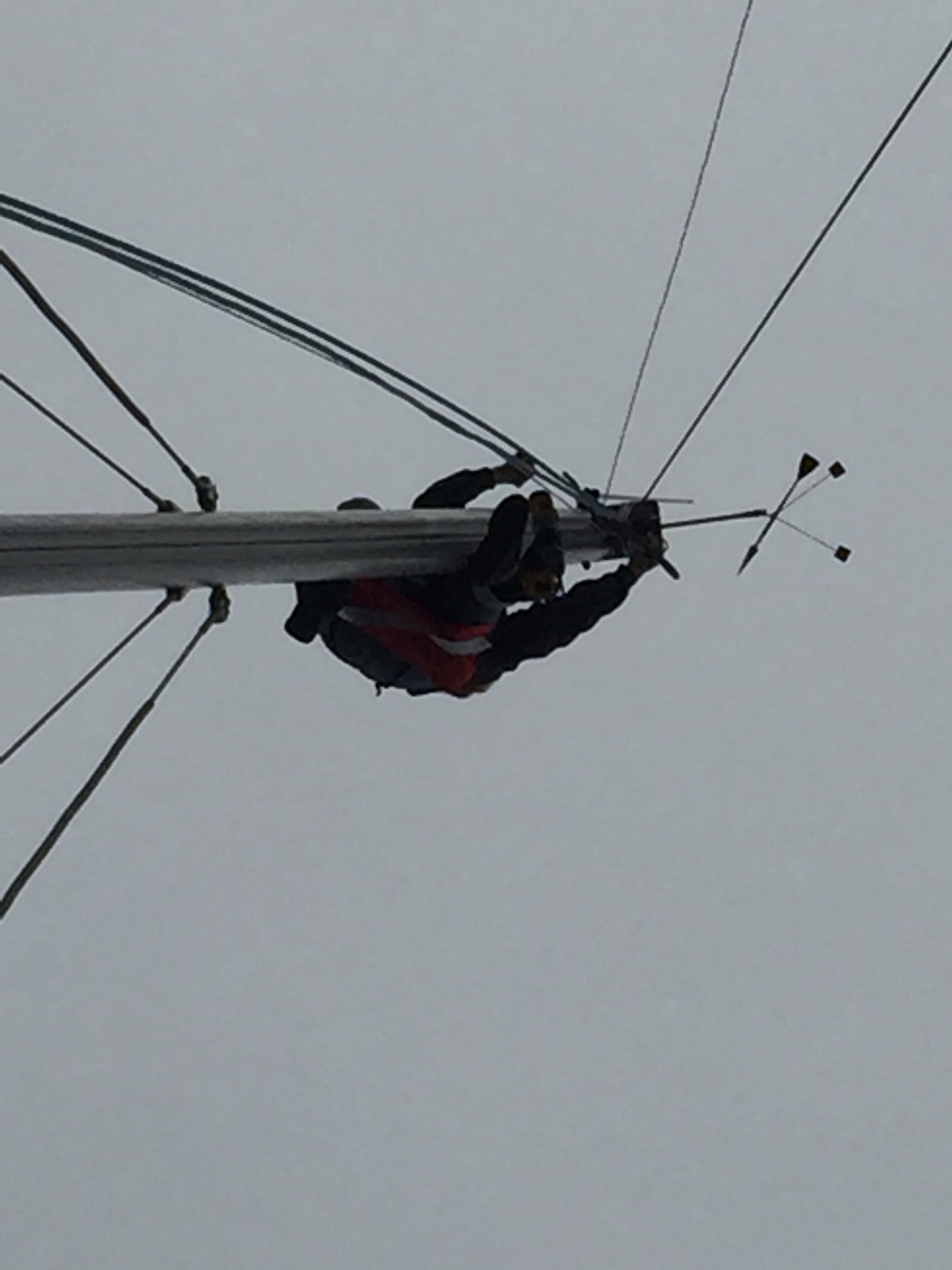 There may have been some mild swearing involved.

Here is a video of her riding it: https://youtu.be/r4kiXh8YOzk